Start Dominating Now!
Call us at or fill out the form below 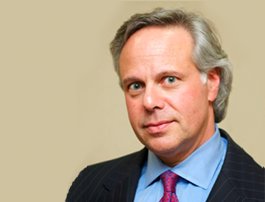 Steven Harfenist is an experienced trial and appellate attorney who leads a diverse group of attorneys in a multi-disciplinary litigation practice. His practice is unique in its breadth and allows him to bring this experience to the litigation process and also allows for early resolution of cases through mediations and direct settlement negotiations.

Mr. Harfenist has tried over 100 cases to verdict in both federal and state courts and has argued numerous appeals in state and federal court. Mr. Harfenist started his career as an Assistant District Attorney in the Bronx County District Attorney’s Office and is admitted in to practice in New York, New Jersey and Georgia as well as the federal courts in New York and New Jersey.

Mr. Harfenist has long maintained an active municipal and civil rights litigation practice in state and federal court representing both individuals and municipalities. In 2014 he obtained a $5,000,000.00 jury verdict for a business owner falsely arrested and wrongfully prosecuted. He also has successfully obtained numerous verdicts on behalf of law enforcement officers and municipal employees charged with civil rights violations.

Excerpts from an interview with Steven Harfenist

*Disclaimer: Please be advised that by filling out the inquiry form above, it does not constitute a request for legal advice or substitute getting legal advice or a consultation from a lawyer. The above inquiry does not form an attorney-client relationship, until the client signs a retainer agreement. By pressing "send" button and sending your information to the Harfenist Kraut & Perlstein LLP. staff you agree to the disclaimer. Your privacy is important to us. The information entered above will be kept confidential.